On Wednesday, the Federal Open Market Committee (FOMC) and Fed chair Jerome Powell held a press conference concerning the American economy, the central bank’s plans to address inflation, and the ongoing Russia-Ukraine war. Powell announced that the FOMC decided to increase the benchmark bank rate by a quarter percentage and further noted the Fed anticipates “ongoing increases…will be appropriate.”
Federal Reserve Increases Benchmark Bank Rate
For the first time since the onset of the Covid-19 pandemic, the Federal Reserve announced that it increased the benchmark interest rate from near zero to 0.25% in order to target 0.25% and 0.50%.
Fed chair Jerome Powell revealed the rate hike on Wednesday after mentioning the Russia-Ukraine ongoing conflict and he stressed that “the implications for the U.S. economy are highly uncertain.”
However, after mentioning that the U.S. economy, particularly the jobs sector was showing strength, Powell quickly explained that the FOMC raised th

Cobo, a popular crypto-asset management platform, has raised $40 million in Series B funding. According to reports, the…
przezShraddha Sharma 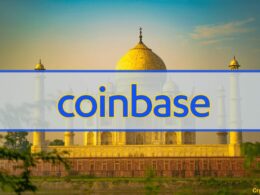 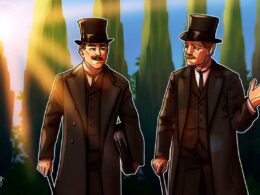 The partnership will help Palau be climate-friendly while enhancing its cross-border payments and digital currency technologies. Ripple, the…
przezBrian Newar 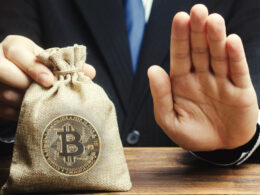 A South Korean province has seized cryptocurrencies worth over $5 million from 1,661 investors who were more than…
przezKevin Helms