Canada’s central bank and MIT to collaborate on CBDC research

The Bank of Canada, the country’s central bank, and the Massachusetts Institute of Technology (MIT) have agreed to collaborate on Central Bank Digital Currency (CBDC) research.
CBDCs are digital forms of a country’s fiat currency that are regulated by a nation’s centralized monetary authority.
The agreement, announced via a press release, will see the Bank of Canada work with MIT’s Digital Currency Initiative to build on its ongoing research into CBDCs on a twelve-month basis. After this period, The Bank of Canada says it will provide an update on the findings and outcomes of the research project.
Whilst the centralized bank says that it will largely focus on how this form of digital currency could work in a Canadian context, it stressed that no formal decision has been made to introduce a CBDC in the country.
The announcement comes amid continued research and development in this area. Last week, The Block obtained Biden’s executive order on digital assets four hours early in

AMBCryptoUnderstanding GameFi: An introduction to the P2E universe and UFO gaming

The term GameFi is a combination of two words: gaming and decentralized finance (DeFi). More popularly referred to…
przezAnjali Sriniwasan

XRP saw a major surge in its price action, thanks to a 6% hike in the past 24…
przezShubham Pandey 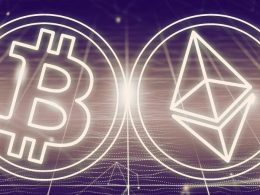 On December 22, 2020, The U.S. Securities and Exchange Commission (SEC) filed a lawsuit against Ripple and its two…
przezZeynep Geylan