Recent events in Canada sparked a global conversation about financial censorship and crypto’s potential to guard against it.
Amid the barrage of last week’s regulatory news, from rumors of Joe Biden’s upcoming executive order on digital assets to another round of the Russian government’s crypto tug of war, the storyline that was arguably the most consequential for the mainstream narrative on the social effects of crypto has been the one around the Canadian government’s standoff with the Freedom Convoy. The government’s invocation of emergency powers to put down a protest movement — combined with the movement’s financial infrastructure being one of the main attack vectors — has led many observers to appreciate with renewed vigor Bitcoin’s capacity to resist state financial censorship. If a government as “civilized” as Canada’s can arbitrarily cut off a group it doesn’t like from the financial system,

AMBCryptoRipple writes to U.S Senator on regulatory ‘havoc and confusion’

SEC v. Ripple has generated a great deal of press and provoked strong words from stakeholders on both…
przezSahana Venugopal 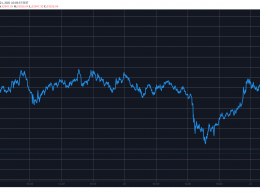 Bitcoin’s price has dumped to a two-week low of just over $32,000 as more negative news has emerged…
przezJordan Lyanchev

In a blog post on Feb. 26 titled “Crypto goes mainstream” the retail trading app revealed that it…
przezMartin Young