Indian police have arrested 11 people so far in connection with a fraudulent cryptocurrency scheme that has duped about 2,000 investors out of $5.4 million.
11 People Arrested so Far in Cryptocurrency Scam in India
Indian police have cracked down on a cryptocurrency investment scheme that has duped over 2,000 investors out of 40 crore rupees ($5.4 million).
The number of arrests reached 11, seven of whom were arrested on Sunday in Maharashtra’s Nagpur, according to PTI.
The main accused, Nishid Wasnik, and his wife Pragati, along with two other associates, Gajanan Mungune and Sandesh Lanjewar, were arrested one day prior in Pune. They went into hiding in March last year and had been on a run until they were arrested Saturday, the police said.
An official described that Wasnik used to flaunt his luxurious lifestyle to lure people to invest in a firm he claimed to be dealing in ether (ETH) cryptocurrency. The official was quoted as saying:
He manipulated the website of the firm to show

AMBCryptoThis is causing users to choose Solana over Ethereum

Ethereum’s gas fees and speeds are costing not just users, but the ecosystem itself as more and more…
przezSahana Venugopal 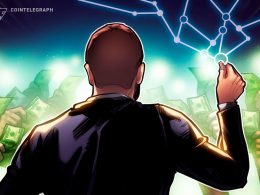 Thai companies and millionaires have funded the firm which aims to bridge traditional and digital finance. Investment management…
przezMartin Young

Regulated Bitcoin and Ethereum funds have launched in Hong Kong