The co-founder of crypto exchange Huobi has shared his view about the current state of the bitcoin market and when the next bull run will be. “We are now at the early stage of a bear market,” he said, expecting the next bitcoin bull market to be around the end of 2024 or the beginning of 2025.

Huobi’s Executive on the Next Bitcoin Bull Market
Du Jun, co-founder of cryptocurrency exchange Huobi, discussed when the next bitcoin bull market might be in an interview with CNBC, published Sunday.
The exchange executive explained that bitcoin bull markets are closely tied to the halving, which occurs every 210,000 blocks or approximately every 4 years. The next one will take place in 2024.
He detailed that the last halving took place in May 2020, and bitcoin topped an all-time high above $68,000 in 2021. Similarly, the halving that took place in 2016 saw BTC hitting a record high the following year. The price of bitcoin then tumbled after hitting record highs.
Noting that bitcoin has f

Announced in a blog post published on Tuesday, April 12, the Belarusian crypto exchange Currency.com says it will…
przezLaszlo Dobos 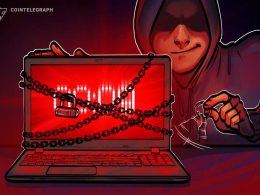 Ransomware will remain a major threat moving into 2022, and to counter it, the crypto ecosystem must come…
przezLior Lamesh 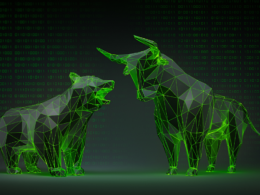