XRP Vs SEC: Why Court May Reject SEC’s Motion Over Hinman’s Speech?

The XRP vs SEC Ripple lawsuit has come to a point from where it will be decided whether ‘XRP’ is a security or not. The recently unsealed memos has played a crucial role in revealing that Ripple took legal recommendations over the nature of the XRP token. Meanwhile, the SEC has filed a motion for reconsideration of Hinman’s June 2018 speech, which was earlier claimed to be a ‘public guidance’ now being called a ‘personal opinion’.
Ripple and Hinman consulted same law firm
As per reports Perkins & Coie, the law firm who wrote the legal memos for Ripple back in 2012 also assisted Hinman to draft his 2018 “Ether is no longer a security speech.”
Attorney Jeremy Hogan has posted that after the Hinman’s speech Perkins & Coie website issued that other senior officials and the Chair of the SEC are in a growing “consensus.”

Perkins & Coie wrote the legal memos for Ripple back in 2012.
Perkins & Coie assisted Hinman draft his 2018 “Ether is no longer a se

Crypto Regulations in the News as Bitcoin Amid $30K: The Weekly Market Recap

Bitcoin failed to produce any notable gains over the past week, and the same can be said about…
przezGeorge Georgiev 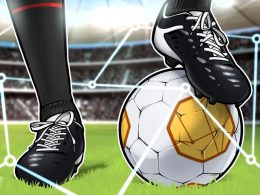 Earlier in the year when China renewed its hostilities towards the crypto industry, one metric that saw a…
przezOluwapelumi Adejumo 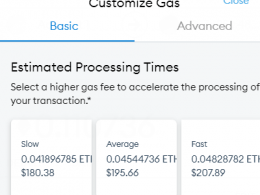