As the public standoff between the two agencies approaches fever pitch, the Ministry of Finance makes a formal move.
Russia’s Ministry of Finance has upped the stakes in its drawn-out showdown against the country’s Central Bank by formally introducing a bill that proposes to regulate digital assets rather than banning them.On Feb. 21, the Ministry introduced a draft of the federal law “On digital currency” to the government. This stage of the legislative process precedes the bill’s introduction to the parliament for consideration.The agency cited the “formation of a legal marketplace for digital currencies, along with determining rules for their circulation and range of participants” as the rationale for the initiative. Emphasizing that the bill does not seek to endow digital currencies with legal tender status, its authors define cryptocurrencies as an investment vehicle.The bill proposes a licensing regime fo 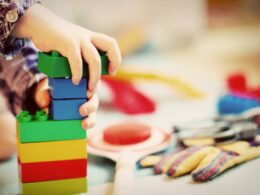 Disclaimer: The findings of the following analysis are the sole opinions of the writer and should not be…
przezAkashnath S

Future, disruptive technologies were the main focus of LEAP, precisely why there was a BSV blockchain presence at…
przezBecky Liggero Fontana

AMBCryptoCoinbase wants to be ‘an advisor, a helpful advocate’ for this purpose

“While half of the lawmakers in DC have misconceptions about crypto, the other half have realized that the…
przezShubham Pandey