Happy to be regulated? Fallout from BlockFi settlement is a matter of speculation

The record-breaking $100-million fine could mark the dawn of a new era for crypto lending platforms.
It might seem unlikely that BlockFi founder and CEO Zac Prince would describe a prosecution that resulted in a $100-million fine for his company as “a win not only for BlockFi but for the broader cryptocurrency industry,” but that is indeed what he said. And, he might be right, although it remains to be seen for now. The settlementFounded in 2017, BlockFi is a New Jersey-based crypto financial institution with a team of 850 and one million clients worldwide. Its popular BlockFi Interest Account product, with half a million users, including 407,000 in the United States, was the object of a cease and desist order from the Securities and Exchange Commission (SEC) and 32 state attorneys general on July 20, 2021. A statement at that time by the NJ Attorney General’s Office alleged that BlockFi was “selling unregistered se

Paysenger: Disrupting the Communication Industry With its EGO Solution

Productivity is an asset that’s increasing in value, and the obvious reason for it is the increasingly distracting…
przez

AMBCryptoA Bitcoin ETF will come ‘sometime this year,’ but what can investors do till then 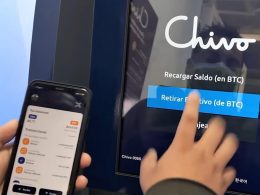 On February 2, 2022, the blockchain infrastructure provider Alphapoint has announced that the Salvadoran government has chosen the…
przezJamie Redman