The overall trend for the ADA/USD pair is still bearish. The buyers rebounded the coin from the $1 mark, indicating a 13% gain in the last six days. However, the buyers failed to sustain the $1.2 breakout, and the resulting bull trap suggests the price would sink to $1 support. However, if buyers defend the bottom support, it indicates the bulls are buying at this dip.
Key technical point

The ADA price resonating in a rising channel
The ADA/USD price facing strong resistance at the 50-SMA line
The intraday trading volume in the ADA coin is $2.39 Billion, indicating a 41% hike

Source- Tradingview
During the last two weeks, the Cardano (ADA) price wobbled in a narrow range stretching from $1 to $1.125. On February 4th, the coin buyers gave a decisive breakout from the overhead resistance, indicating a recovery rally.
The sustained buying surged the alt to the immediate resistance at $1.2, preparing for another breakout. However, the sellers mounted stiff resistance at this level and re

Crypto exchange Binance has launched a $1 billion growth fund to spur on the adoption of blockchain technology,…
przezScott Chipolina 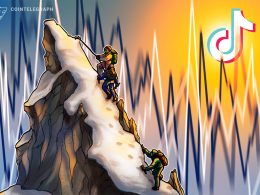 Traders say the Safemoon rally is not sustainable as the token sees massive volatility. SafeMoon, the token on…
przezJoseph Young 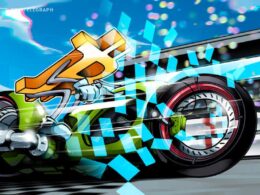 A late surge on March 18 sees a welcome challenge of higher levels for both BTC and ETH.…
przezWilliam Suberg

Despite crypto ban, China is aggressively pushing blockchain use across 164 cities

China has been pushing the use of blockchain across multiple sectors including healthcare, finance, power, etc. Last week…
przezBhushan Akolkar