The rise of NEAR Protocol as a project led ecosystem

Until now, NEAR Protocol has quietly grown as a scalable, proof-of-stake network. This week, the Layer 1 blockchain, hit a milestone with the NEAR token reaching an all-time high of $18.70. This may be in part because NEAR has started making the headlines as Forbes named Near Protocol as the third fastest-growing cryptocurrency ecosystem for developers in 2021.
This is a sure sign that they are sticking to their goal ‘to be on onramp for millions of people to join the Web3 revolution.’ Bitcoin is trading 6.2% down on the month and NEAR is trading 98% up according to data from Messari. This is an incredible achievement with the crypto markets overall getting off to a rocky start to the year.
Timing and the bull run in the NFT market, is helping to shine a spotlight on NEAR as they were very early in the market to put a strong focus on NFT projects. NFT marketplace hub, Mintbase positioned itself as the Shopify of the NFT world. Now with 919 stores as NFT community hubs, Mintbase i

More institutional investors are betting big on bitcoin as the digital currency rallied. From gaining acceptance by corporations…
przezDaniel Okorafor 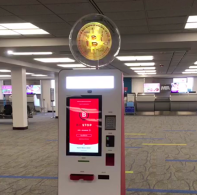 Monkey, ape, and gorilla NFTs may just seem like a fun way to pass the time, but the…
przezSahana Venugopal