PRESS RELEASE. Miami, FL – As the first and only company publicly known to date to use blockchain technology to fight depression and anxiety, FivebalanceUSA is one of a handful of Companies listed on Coinmarketcap and trading on exchanges that has a real product fighting real world problems. The Company has just signed a linkage agreement with V.O.A to provide services.
Fivebalance trades on the Mercatox exchange under the ticker symbol FBN. At time of writing it’s current price is well under a quarter of a penny. This is significant for a number of reasons which will be laid out in this article.

Fivebalance has just over 1 billion coins in circulation as verified on Coinmarketcap.
The order books on Mercatox exchange look extremely thin, so much that 50 dollar transactions move the price.
When speaking with the CEO James McCoy, he has said he wants to see a minimum of 10 cents, but he believed fair value to be a dollar per coin. When asked for the reasoning behind those number

AMBCryptoXRP Lawsuit update: Ripple, SEC finally come to an ‘understanding,’ but why? 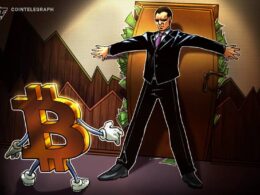 One official said that after banning crypto payments in late 2019, Uzbekistan won’t ever reconsider its decision. The…
przezHelen Partz

What venture capitalists look for in crypto startups and entrepreneurs

Whilst investigating potential investments, I look at the team, its background, and skill set. I then determine whether…
przezBrad Yasar