A survey conducted by the software firm – Stratis – revealed that 58% of American and British video game developers had incorporated blockchain technology into their endeavors. 47% have integrated non-fungible tokens in their games.
Blockchain Is The Future for Video Games
The poll surveyed 197 video game developers in the USA and the UK. Apart from those who already use blockchain and NFT technologies, the rest of the participants are also optimistic since 72% said they would consider employing them to develop new games. 56% intend to do so in the next year.
Asked whether they believe blockchain technology will become prevalent in video gaming within the following 24 months, 64% of the participants answered with “yes.”
According to 61% of the developers, blockchain allows for innovative and more interesting gameplay. 55% said it secures value for players by keeping money in the game, while rewarding gamers with real-word value collected 54% of the vote.
It is worth noting that 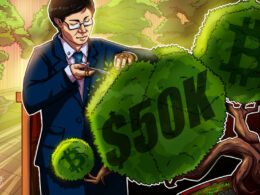 AMBCryptoMarket leader on Bitcoin: When it does, I’m going to start buying again

Supporters of cryptocurrency are high-spirited about the potential of the year 2021, after a year that saw both…
przezShubham Pandey 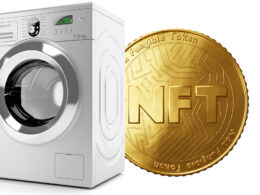 The Royal United Services Institute (RUSI), the British defense and security think tank, questions whether or not non-fungible…
przezJamie Redman