We ask the buidlers in the blockchain and cryptocurrency sector for their thoughts on the industry… and we throw in a few random zingers to keep them on their toes! This week, our 6 Questions go to Anton Bukov, co-founder of 1inch Network, a distributed network of decentralized protocols.Anton has been writing code for more than 20 years (since he was 12), mostly C++, C#, Objective-C, Swift and SQL. Since 2017, he has been working on blockchain solutions, primarily smart contracts. Anton has contributed to several crypto projects, including MultiToken, Near Protocol where he was involved in the Ethereum-Near Rainbow Bridge and the Synthetix derivatives liquidity protocol, working on gas optimization of the smart contracts.For some time, Anton co-hosted a YouTube show, CryptoManiacs, with Sergej Kunz, 1inch Networks eventual co-founder. Over the course of 36 hours at a May 2019 hackathon in New York City, they developed 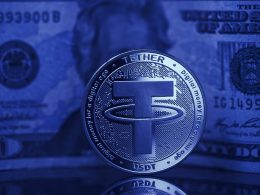 Tether has released an assurance report that provides a breakdown of the company’s consolidated assets. Per the report,…
przezScott Chipolina 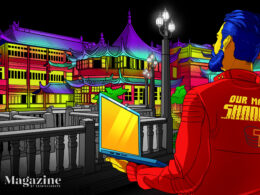 This weekly roundup of news from Mainland China, Taiwan, and Hong Kong attempts to curate the industrys most…
przezEditorial Staff 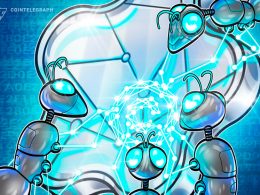 How the NFT market leveraged blockchain tech for explosive growth

Nonfungible tokens present a new way of interacting with the arts, music, sports and the media — and…
przezTatiana Revoredo