The bears continued to push bitcoin south in the past 24 hours, and the asset dropped to a weekly low of just over $62,000. Most altcoins are also in the red, with Litecoin losing the most value in a day.
Bitcoin Saw a Weekly Low
Just a few days ago, the primary cryptocurrency broke its previous ATH two times in a row, and the latest peak came at $69,000.
As the community was anticipating another run up to $70,000, the entire landscape changed. Instead of going upwards, bitcoin headed straight south. In just a matter of hours, BTC lost more than $6,000 of value to an intraday bottom of $63,000.
It bounced off initially and went above $65,000, as reported yesterday. However, this price increase was also short-lived, and the bears drove it downwards once more. This time, the cryptocurrency fell to $62,300 (on Bitstamp), which was the lowest price point since November 7th.
As of now, bitcoin has recovered more than $1,000, and its market capitalization has reclaimed $1.2 trillion.
BTCUSD. 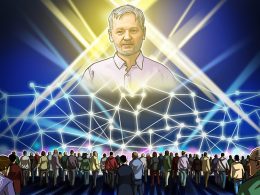 Digital and journalistic rights are at stake in the trial for Julian Assange’s extradition, say 24 major advocacy…
przezKollen Post 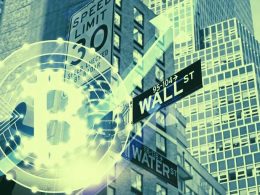 Well, that was fun.  In a decade of covering crypto, we can’t recall a week like that…
przezDaniel Roberts, Jeff John Roberts