While bitcoin has been hovering above the $60K handle for a great majority of the last 28 days, the network’s hashrate has jumped considerably during that time as well. Since August 13, Bitcoin’s hashrate has climbed 42% from 110 exahash per second (EH/s) to today’s 157 EH/s. Moreover, after nine consecutive difficulty changes, going forward, it will be 50% more difficult to mine bitcoin than it was three months ago for the next two weeks.
Bitcoin’s Hashrate Follows the Price Rise
At the time of writing, Bitcoin’s hashrate is coasting along at 157 EH/s and approximately 14 known mining pools are dedicating hashpower to the network. 16.39 exahash or 10.24% of the network is being mined by stealth miners and the hashrate is classified as “unknown.”

The unknown hashrate represents the fifth-largest mining ‘pool’ dedicating hash toward the network. Meanwhile, during the last three months, Bitcoin’s hashrate has followed the price moving northbound. The overall hashrate

The Chairman of the Federal Reserve of the United States, Jerome Powell, said today that the country is…
przezGeorge Georgiev 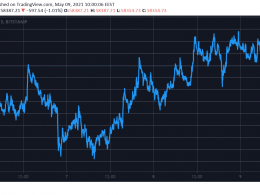 After a few days of sideways trading, bitcoin initiated an impressive leg up and even neared $60,000. Despite…
przezJordan Lyanchev 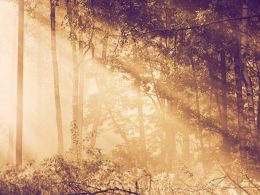