“By playing-to-earn and learn, our scholars are gaining critical new skills that will shortly be in huge demand by employers setting up shop in the metaverse,” says CGU co-founder Sergei Sergienko.
Axie Infinity, a monster-battling NFT game, has been gaining a lot of traction with over $600 million Axies bought and sold in the past month. Each Axie is a nonfungible token, or NFT, minted on the Ethereum (ETH) blockchain. Similar in theme to Nintendo’s Pokemon series, Axies come in different rarity types, with varying strengths and attributes, with the strongest fetching very high prices on the game’s marketplace. Players earn Smooth Love Potions (SLPs) by completing daily quests, defeating monsters and battling other players in arenas with their Axies. SLPs can then be sold in exchange for various cryptocurrencies.Due to the high initial cost of buying/borrowing/breeding Axies, in-game guilds have formed as of late to fund

According to Deaton, the SEC is applying a double standard in the case against Ripple in consideration of…
przezJake Simmons

BRT is an all-new coin and the first crypto U.K pound introduced by Britto Financial Services, a British…
przezJibin George 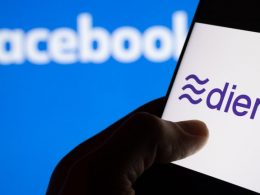 During the last two years, there’s been a lot of interest in Facebook’s cryptocurrency diem (formally libra) and…
przezJamie Redman 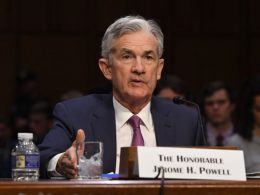 During a press conference on Wednesday, Jerome Powell, chairman of the Federal Reserve, gave his thoughts on the…
przezKollen Post