Shiba Inu’s ($SHIB) price has been consolidating above the $0.00005 mark for nearly two weeks now but despite the lost price momentum, the popularity of the meme currency has not faded. The altcoin registered a massive $5.6 billion in trading volume only behind Bitcoin ($BTC) and Ethereum ($ETH).
The massive trading volume spike caught the eye of US Senate candidate Shannon Bray, who has come out as an avid $SHIB supporter recently. Bray called the massive trading volume a big deal in a quoted tweet. Earlier the US Senate candidate has changed his Twitter header photo to a Shiba Inu poster.

Shiba Inu ($SHIB) managed to recover above $0.00005 after retracing to a weekly low of $0.000046 during the recent flash crash in the crypto market. The $SHIB price hasn’t had the same momentum it showcased in October as it rose by 1,000% las 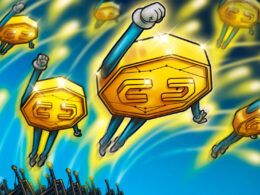 GNO, WAX and IOST lead altcoins higher as Bitcoin’s rally to $50,000 signals that the bull market is…
przezJordan Finneseth 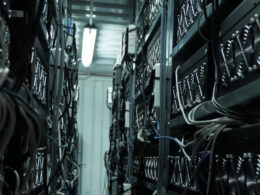 You Wouldn’t Want to Leave Dogecoin to Your Grandson, Says Michael Saylor

Michael Saylor, co-founder, and CEO of the business analytics company MicroStrategy believes it is not wise to bequeath…
przezDimitar Dzhondzhorov

Amy Castor: BTC speculation is like musical chairs—with not many places to sit when the music stops

Experienced cryptocurrency journalist and self-confessed Bitcoin sceptic, Amy Castor puts matters into perspective when it comes to the…
przezClaire Celdran