NFTs could be ‘as big or bigger’ than all crypto on Coinbase, CEO says

Ten times more people have signed up for Coinbase’s upcoming NFT platform than OpenSea had in total over the past 30 days.
As Coinbase cryptocurrency exchange is preparing to roll out its own nonfungible token (NFT) platform soon, CEO Brian Armstrong has assessed the importance of the company’s upcoming NFT offering.On Tuesday, Coinbase released its Q3 financial results, reporting $1.2 billion in revenues, which mostly comes from the platform’s transaction fees on trading cryptocurrencies like Bitcoin (BTC) and Ether (ETH). The firm is the largest crypto exchange in the United States, with its COIN shares publicly traded on Nasdaq.Coinbase’s NFT offering would significantly boost the exchange’s operations as the NFT platform could potentially flip Coinbase’s entire existing cryptocurrency business. Armstrong made the statement speaking at a Tuesday conference call, Bloomberg reported.“We are very excited about NFTs, 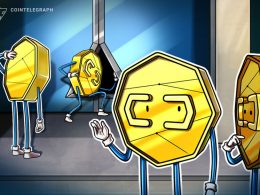 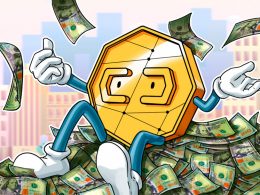 Saber has raised $7.7 million in a seeding fund round, and is rated as the second platform on…
przezBrian Quarmby

Quick Take Compound’s decentralization started with v2.2 by adding Timelock and continued with the distribution of COMP tokens…
przezIgor Igamberdiev

[Featured Content] The crypto industry offers many investment options, from day trading to HODLing and yield farming, the…
przezDanish Yasin