At the World Digital Mining Summit in Dubai, the leading application-specific integrated circuit (ASIC) bitcoin mining rig manufacturer, Bitmain, revealed the company’s most powerful bitcoin mining device to date. The new Antminer S19 XP will boast up to 140 terahash per second (TH/s) and uses 27% less electricity per terahash than the most efficient and profitable bitcoin miner today.
The New Antminer S19 XP Boasts 140 TH/s and 27% Less Electricity Consumption per Terahash
This week the bitcoin mining industry has been buzzing about a new ASIC SHA256 mining rig manufactured by the company Bitmain. News about the new miner was first leaked by the Chinese journalist and former Bitmain employee Colin Wu. The journalist wrote that compared to the current generation of Antminer S19s, the latest in the series of models has “been greatly improved.” Following Wu’s tweet on November 6, Bitmain hosted the World Digital Mining Summit (WDMS) in Dubai and revealed the firm’s next-generat

AMBCryptoCrypto needs ‘one of its own’ in the U.S Congress, but is it too late to try

Behind any socio-economic or welfare movement, a vocal leader is required to rile up the masses and facilitate…
przezBiraaj T 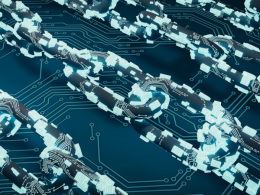 Earlier this month, I participated in the NYDFS Techsprint, a two-week hackathon that convened over 90 participants from…
przezAndreas Nicolos 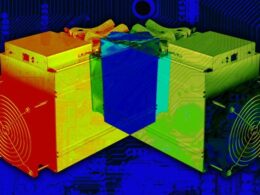 Marathon Digital, one of the largest Bitcoin mining firms in the U.S., has said it wants to leverage…
przezWolfie Zhao

Ardadex Protocol, the next generation of decentralized finance has announced its launch on Cardano Blockchain.  Ardadex Protocol will…
przezAnjali Sriniwasan