Ken Griffin says Bitcoin will be replaced by Ethereum-based currency

Generation X billionaire businessman Ken Griffith says he thinks the “passion is misplaced when it comes to cryptocurrencies”.
Billionaire CEO of American hedge fund Citadel Kenneth Griffin thinks a currency on the Ethereum (ETH) network will replace Bitcoin (BTC) as crypto’s top dog. Citadel manages over $40 billion of capital — a quarter of the trading volume in the US stock market. During this Wednesday’s Nov. 10 DealBook summit hosted by The New York Times, Griffith said that he anticipates that the “Bitcoin-based conception [will be] replaced by the Ethereum-based conception in the next generation of cryptocurrencies.”He added that Ethereum-based cryptocurrencies have “the benefits of higher transaction speeds [and] lower cost per transaction.”Ethereum is only slightly faster than Bitcoin at present, but will significantly scale up transaction speeds and lower costs when Eth2 is fully implemented.Griff

AMBCryptoBitcoin: Assessing whether fears of a drop below $50K are justified

Bitcoin picked up the pace faster than the market expected. As the top coin surged by over 10%…
przezVaruni Trivedi 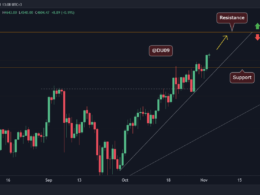 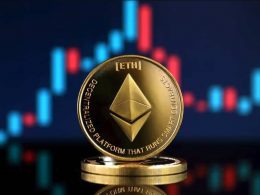 Is There More Pain Ahead for Ethereum (ETH) Holders? Key On-Chain Metrics To Watch Out

The broader market correction on Thursday, July 8, has resulted in a severe bloodbath in the altcoin space.…
przezBhushan Akolkar 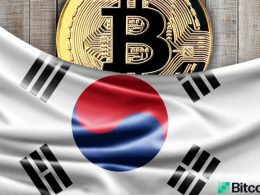