Diamond Hands? Only 12.9% of Bitcoin Supply Remains on Exchanges

As the price of Bitcoin continues to climb, so too does the rate at which investors pull their funds off crypto exchanges, according to a recent Glassnode analysis.
Currently, 12.9% of the circulating Bitcoin supply, or roughly $163 billion, is sitting on exchanges, according to the report. The trend started in August, when Bitcoin started gaining some upward momentum after a summer of slumped prices.
Generally speaking, Glassnode writes in its analysis, if investors were keeping more of their Bitcoin on exchanges it’d be a sign they thought it was overpriced and wanted to be ready to sell. But that doesn’t appear to be the case.

Glassnode’s analysis revealed that the daily net withdrawals from exchanges had reached an average of 5,000 BTC. They write that “despite hovering just below ATHs, on-chain activity remains only marginally above bear market levels.”
Source: Glassnode
In other words, the record-high prices haven’t prompted many people to sell. The majority of i

Societe Generale Issues a Security Token on the Tezos Blockchain

The third-largest bank in France, as well as one of the leading banks in the whole world, Societe…
przezGeorge Georgiev

AMBCryptoPutting users in control of their data with Cirus

On October 4th, the online world seemingly came to a standstill as Facebook, WhatsApp and Instagram suffered a…
przezAnjali Sriniwasan 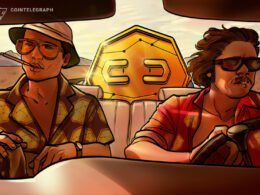 Not Legal Advice… America: The world’s most creative junkie

What the United States needs is tens of billions of dollars, and the state is going to take…
przezZachary Kelman 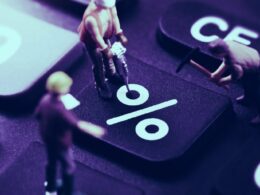