Cardano (ADA) stakers grow by over 100,000 since September, but much more work still needs doing

Cardano continues going from strength to strength as staking addresses increase by over 100,000 in two months.
According to the online staking metrics website pooltool.io, staking addresses hit 942,000 on November 10. Compared to 821,000 staking addresses on September 10, an increase of 121,000 or nearly +15% in two months.
The numbers bode well insofar as on-chain evidence of Cardano’s growing recognition as a blockchain that’s here for the long haul. But, as mentioned by IOHK’s Director of Marketing and Communication, Tim Harrison, many challenges still lie ahead, and the way to tackle them is by making incremental changes over time.
Cardano staking metrics show a buoyant ecosystem
As well as a significant jump in the number of staking addresses, Cardano has also seen a rise in the total USD value of tokens participating in staking.
According to stakingrewards.com, the staked value of ADA tokens came in at $29.73 billion in mid-July. But now, the figure currently stand

The ‘laser eyes’ meme has picked up in crypto circles on social media, attracting celebrities and Bitcoin proponents…
przezShaurya Malwa 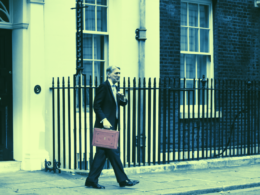 Cryptocurrency firms have long called for more regulatory certainty from governments, while also making it known that any…
przezJeff Benson 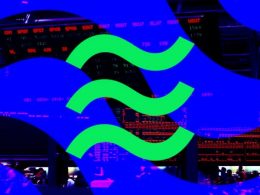