Bitcoin price is decreasing after reaching a record high level followed by Ethereum. Bitcoin cash price has fallen 5% in the last 24 hours after hitting an all-time high around $68,950 on Wednesday. Bitcoin value peaked immediately after the United States Consumer Price Index (CPI) report, which showed higher-than-expected inflation in October. The US Department of Labor said in a report that the October CPI rose 6.2 percent from 12 months, the fastest pace in three decades. At 21:00 UTC on Wednesday, Bitcoin price was down to $62,000 just hours after trading around $68,950, a 10% drop.Juan Pelizer at IntoTheBlock said the surprise appeared to coincide with a downturn in US equity markets when analysts took over the CPI report. “The S&P 500 and Nasdaq reacted badly to the announcement,” Pelizer said. This then had an impact on the crypto market, he said. In a report Thursday morning, Leonard Neo of Stack Funds wrote that the market’s slow response to stocks and bitcoin could be due 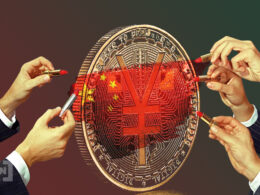