Two days ago on November 10, a mystery whale transferred 20 block rewards from 2010, which saw the movement of 1,000 decade-old bitcoins worth $68 million at the time of transfer. Two days later on November 12, the miner from 2010 returned once again, in order to transfer another string of 20 block rewards from 2010 worth roughly $64 million at the time it was sent.
After Transferring 1,000 Bitcoins 2 Days Ago, the Mega-Whale From 2010 Has Returned Again
Last year, Bitcoin.com News, the members of the Telegram research group GFIS, and the creator of Btcparser.com discovered an extraordinary bitcoin (BTC) whale that spent decade-old block rewards from 2010 in strings of 20 blocks at a time. To date, the whale has transferred a total of 13,000 bitcoins that derived from mined blocks in 2010. Using today’s exchange rates that’s close to a billion dollars ($829M) but this whale transferred the 13,000 during various BTC price ranges.

Crypto Frauds in The UK Resulted in $200 Million Stolen in 2021: Report 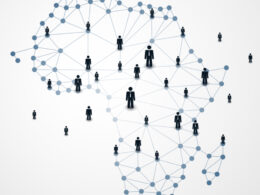 A Nigeria-based research and development economist, Gospel Obele, has called “for a unified regulatory mechanism for cryptocurrency trading.”…
przezTerence Zimwara 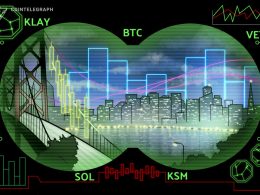 Bitcoin appears to be preparing for a move toward $60,000, while KLAY, VET, SOL and KSM are attempting…
przezRakesh Upadhyay