How Bitcoin is helping people at the grassroots level in Africa

Bitcoin is being used as a fail-safe mechanism during times of natural disaster in Africa.
According to TechCrunch, the eruption of the Mount Nyiragongo volcano in the Democratic Republic of the Congo in May caused mass displacement of families in the surrounding region.
In the chaos of the situation, Bitcoin was being used as a payment mechanism to keep the local economy transacting during the turbulence of the situation.
Bitcoin at the grassroots
Commenting on the situation, the founder of Chainglob, a crypto news outlet, Gloire Wanzavalere, said he went to a temporary refugee campsite that had sprung up to see how he could help.
Wanzavalere discovered that most people had traded their phones and so their means to transact with crypto in exchange for food. In the rush to escape danger, many had also left behind their belongings, including identity documents. This proved troublesome when trying to open bank accounts and acquiring new mobile devices.
Inspired by the Bitcoin Be

AMBCryptoIdentifying how Bitcoin is ‘winning’ despite all the China FUD

In any financial ecosystem, a ripple effect is an actual phenomenon. More often than not, it is extremely…
przezBiraaj T 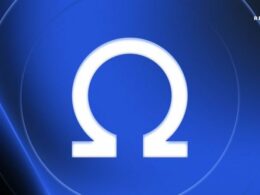 The rise of Olympus DAO

Nexo, a financial service provider for digital assets, has announced a $150k donation to Brink, a non-profit dedicated…
przezGeorge Georgiev

Bitcoin rose to $15,610 and the Crypto Fear and Greed Index showed a greedy value of 86, in…
przezAkashnath Sumukar