przezPress Release
Total
0
Shares
0
0
0
0
0
[PRESS RELEASE – London, United Kingdom, 8th November 2021] Esports Fight Club (EFC), the leading blockchain-powered Watch & Earn platform, has  announced the successful completion of its rebrand to VeraEsports on November 8. Verasity, a blockchain enterprise known for its patented Proof of View technology and as the parent organization of VeraEsports, initiated the rebrand to prepare the esports platform for significant expansion in the gaming sector as well as institutional partnerships.
Verasity first launched EFC in 2019 as a proof of concept, supporting the company’s patented Proof of View technology. Since then, VeraEsports has managed to obtain a significant market share in the esports streaming sector, reaching over 10M users. Users of VeraEsports are rewarded with selected prizes for engaging with the platform in order to incentivize user engagement for publishers and streamers. Additionally, VeraEsports users are able to participate or host their own online tourname 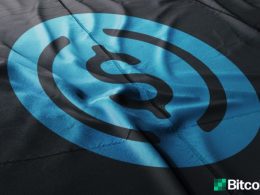 Cardano’s “Africa Special” is about to be announced “very soon”. IOG is merging its Ethiopia office with SingularityNet…
przezJake Simmons 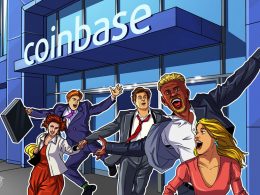 With Coinbase firmly within the top 500 U.S. websites by popularity, it seems that all publicity is good…
przezWilliam Suberg