Shiba Inu community’s focus on the Robinhood listing has led to an online petition with over 500,000 signatures. Now Robinhood COO has dropped a major hint on listing speculations.
Robinhood COO Christine Brown appeared on Yahoo Finance to talk about the company’s future plans and the crypto market. One of the most anticipated questions was regarding Shiba Inu given the hype and online petitions to get it listed on the platform. Brown first praised the meme currency saying that the altcoin possesses some unique features that helped it climb the charts, especially the strong community behind it. She said,
“One of my favorite things is seeing the community around these coins really engage with us and let us know what they want.”
When asked whether the company is looking to list $SHIB, Brown gave more of a diplomatic answer, claiming their focus is on listing safe and secure tokens with a long-term focus and they do a very rigorous analysis before listing any token.
Shiba Inu ($SH 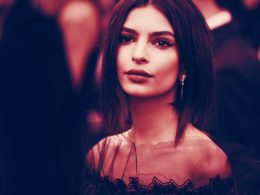 Emily Ratajkowski Will Sell NFT in Effort to ‘Reclaim My Image’

Model Emily Ratajkowski has sold her body to photographers for 15 years. Now, she wants to buy back…
przezRobert Stevens

Bitcoin is headed into the weekend trading under $56,000 after a more than 5 percent dump in the…
przezJohn Kiguru