The waitlist for Robinhood’s crypto wallet has increased to 1.6 million users, as pressure builds for the Robinhood to include one of the market’s most popular meme coins. Christine Brown, COO of Robinhood, applauded the Shiba Inu community but stated that safety was the platform’s priority over the “short term gain” of listing new tokens.Brown made the statement during an interview for the Crypto Goes Mainstream event, that was live-streamed on YouTube on November 10.When asked about Shiba Inu (SHIB) she said:“One of my favorite things is seeing the community around these coins really engage with us and let us know what they want.”Brown, though, unable to comment on whether the American stock and crypto trading app would also include Shiba Inu. With a market cap of $30 billion, SHIB is presently the 11th largest cryptocurrency.The community has increased its efforts to convince Robinhood to list SHIB, and a change.org petition has now received over 500,000 signatures.According to 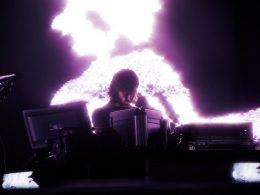