Litecoin Price Prediction: Is it Too Late to Enter LTC Bull Run? Here Are Next Levels to Watch for Entry

Is it still a good time to enter Litecoin (LTC)? On-chain metrics from intotheblock.com for Litecoin (LTC) and at press time show that 92% of holders are making money at the current price with about 49% concentration of large holders. The Litecoin network also maintains a tokeninsight rating of “BBB”, which considers the network as stable at 98.1697%.
Although there’s a close correlation with Bitcoin at 0.84, the LTCBTC price chart below shows an increase in demand for LTC against Bitcoin at the time of this report.
Let’s analyze the demand and supply scenario for LTC on the LTCBTC and LTCUSDT price charts.
Litecoin Price Prediction: LTCBTC Monthly Charts

Pairing the LTC against BTC, the above chart reveals a regular bullish divergence from a monthly scale which also corresponds with a similar bullish divergence on the weekly time, both happening simultaneously, and indicates massive demand for Litecoin against Bitcoin into the coming weeks.
Read on as we uncover the signifi 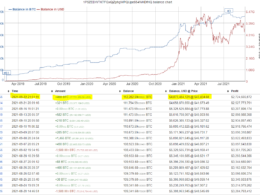 After buying 321 bitcoins two days ago, one of the largest BTC whales has made another sizeable purchase…
przezJordan Lyanchev 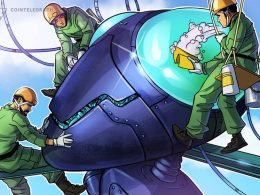