Kraken CEO: ‘I Don’t Think Anyone’s Going To Have a Monopoly’ on the Metaverse

Amid all the talk in crypto about “the metaverse,” the CEO of crypto exchange Kraken foresees a multiplicity of metaverses.
“I don’t think there’ll be any single metaverse,” Jesse Powell said on Tuesday at the Decrypt and Yahoo Finance Crypto Goes Mainstream event, adding that games and platforms such as World of Warcraft, the NFT-powered Axie Infinity, and Facebook itself can all be considered separate metaverses. “I don’t think anyone’s going to have a monopoly on this.”
In the future, said Powell, gaming metaverse platforms will enable users to migrate in-game items such as skins between platforms. “I think it’s the same for Facebook and other kinds of proprietary platforms,” he said. “They’ll support these blockchain assets and some representation of them in their world, and they’ll all have different roles.”
What is the metaverse?
The metaverse is a persistent, virtual universe in which users interact with each other as avatars in shared spaces to play games, socialize and work. S

Last week marked a landmark for the cryptocurrency industry, as the very first ETFs backed by Bitcoin Futures…
przezAnjali Jain 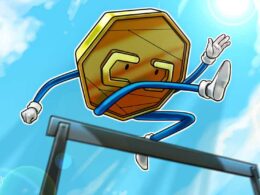 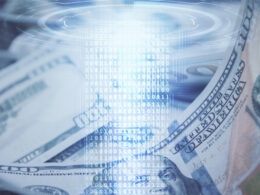 During the last week of November, the stablecoin economy had crossed the $150 billion mark for the first…
przezJamie Redman 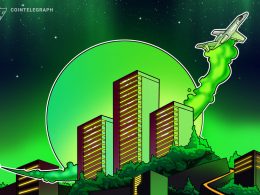