The world’s second-largest cryptocurrency Ethereum (ETH) has been closely following Bitcoin’s footsteps as it touched an all-time high of $4,800 earlier this week on Monday, November 8. However, ETH currently looks under a bit of selling pressure lacking enough support from the bulls to push it past the $5000 milestone.
As of press time, ETH is trading 1.76% down at $4,707 with a market cap of $560 billion. But one major roadblock to Ethereum’s further rally could be its high gas fee. The average cost of the ETH gas fee has touched the highest in five months. As per on-chain data provider Santiment:
Ethereum is sitting at ~$4,780 at the time of this writing, and optimism that $5k is around the corner appears high. One of the few things holding $ETH back is the fact that the average network fee sits at $63.50, which was last this high on May 12th.
Courtesy: Santiment
Ethereum Competitors Gaining Traction
Ethereum (ETH) has been one of the top-performing cryptocurrencies this year

According to a recent press release, the popular cryptocurrency exchange, Poloniex, has agreed to pay a fine upwards…
przezGeorge Georgiev

Disclaimer: The findings of the following analysis are the sole opinions of the writer and should not be taken…
przezAkashnath Sumukar 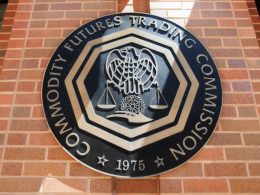 The U.S. District Court for the Southern District of New York has ordered the operator of bitcoin trading…
przezAislinn Keely