The speculations around Zimbabwe being the second country after El Salvador to legalize Bitcoin (BTC) as a legal tender has come to an end. The Zimbabwean government denied all such reports claiming the country would legalize crypto as a legal tender. The government made it clear that the Zimbabwe dollar will remain the sole legal tender in the country.
Information, Publicity and Broadcasting Services Minister Monica Mutsvangwa after the parliament session on Tuesday talked to the press and said,
“Government would like to assure the nation that it is not considering introducing another currency in the economy as reported in some sections of the media. Our local currency is the Zimbabwe dollar, and not cryptocurrency. Like most countries in the world, the Government of Zimbabwe, through its Financial Technology Group, is studying Central Banking Digital Currency as opposed to cryptocurrencies, bitcoins or any form of derivatives,”
The speculation around legalizing crypto assets star

The chairman of O’Shares and Beanstox, Kevin O’Leary, aka Mr. Wonderful, best known as a panelist on the…
przezAna Grabundzija 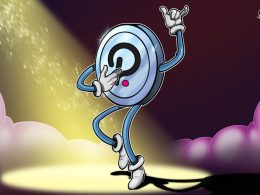 Congresswoman Maxine Waters, Chairwoman of the House Committee on Financial Services, announced that the hearing will take place…
przezMartin Young

Ethereum Classic and Binance Coin remained consolidated. While, ETC faced rejection at $65.48 and dipped 2.3% over the…
przezAnushmita Samal