The Indian Central Bank governor Shaktikanta Das has once again raised alarm on the inclusion of cryptocurrencies in the financial system. Das called cryptocurrencies a very serious concern for the macroeconomics of the nation as well as from a financial stability point of view. The governor is well known for making such statements and has raised similar concerns in the past as well.
India has become one of the fastest crypto adopters in the world with billions being invested in the crypto market. Even though the status of regulations around the crypto market still remains shrouded, Indian citizens have not shied away from putting their money in the digital asset market. Indian crypto companies and exchanges have also won big this bull season as many of them raised millions while the likes of CoinDCX and CoinSwtich Kuber attained Unicorn status.
The Indian crypto market has thrived over the past couple of years with several Indian crypto projects making it big in the market, but self-r

Bitcoin can ‘easily’ be ten percent of gold in 2021, says Mike Novogratz

On the price front, the crypto-market, backed by an exponential hike in Bitcoin’s price, is outperforming its projections…
przezJibin George 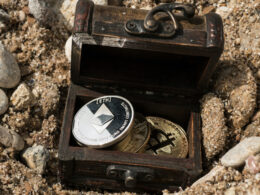 This week Blockchain.com CFO Macrina Kgil discussed how the company has surpassed $1 trillion in cryptocurrency transactions and…
przezJamie Redman

Ripple’s response to SEC has its merits according to lawyer

It has been a little over 24 hours since Ripple released its official response to the SEC lawsuit.…
przezSamyuktha Sriram 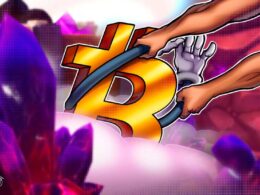