Hitting $100,000 at the end of this year will spark a major publicity war by large volume investors, Matthew Hyland believes.
Bitcoin (BTC) will invalidate one of its best-known price models this cycle as $1 million becomes a focus for 2025, says well-known analyst Matthew Hyland.In a series of tweets on Nov. 9, Hyland, who has created a loyal following for his Bitcoin commentary over the years, predicted that only one of the two stock-to-flow models would survive beyond 2022.Bye bye, $288,000 stock-to-flow target?With $100,000 still a lofty yet plausible end-of-year price for 2021, attention is turning to what could lie beyond.For Hyland, new large-volume investors will play a key role in how BTC price action unfolds during the current halving cycle, set to end in 2024.A mass publicity campaign from these large players, he says, will lure in retail investors — and it will start as soon as $100,000 hits, validating the sto

AMBCryptoAssessing the future of Bitcoin mining through the silicon lens

While many believe Bitcoin’s carbon footprint underlines the need to tackle the environmental externalities that result from cryptocurrencies.…
przezManisha Mishra 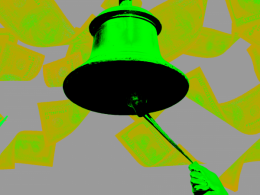 Quick Take Robinhood has raked in nearly half a billion this year from payment for order flow.  The…
przezFrank Chaparro 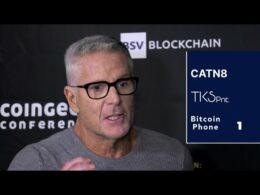