‘In the next three to five years, the DeFi industry will grow massively,’ says 1inch Network co-founder Anton Bukov

The co-founder of the world’s eighth-largest DEX by trading volume joined Cointelegraph Markets Pro users for an exclusive AMA on Monday.
It’s only been two years since its founding, but decentralized exchange (DEX) protocol 1inch Network has already surpassed $85.8 billion in cumulative trading volume. At a May 2019 hackathon in New York City, 1inch co-founders Anton Bukov and Sergej Kunz developed a prototype DEX aggregator that became the basis of the network. DEX aggregators are platforms that source liquidity from multiple DEXs, thereby providing better token swap rates with less slippage.The network has a 57.40% market share in the DEX aggregator industry and well over 820,000 users. According to CoinMarketCap, 1inch Exchange is the eighth-largest DEX in the world, with a trading volume of $277 million in the past 24 hours.On Monday, Bukov joined the Cointelegraph Markets Pro community for an exclusive ask-me-anyt 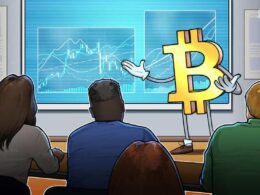 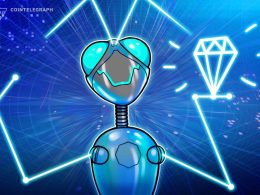 The investment round, which was led by Runa Capital and RTP Global, will go toward funding its decentralized…
przezSam Bourgi 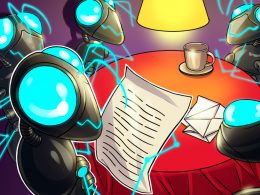