The ongoing question of whether U.S. regulators will approve a Bitcoin spot exchange-traded fund has “become a political issue,” according to Michael Sonnenshein, CEO of digital asset manager Grayscale.
Speaking at the “Crypto Goes Mainstream” event hosted by Decrypt and Yahoo Finance, Grayscale CEO Michael Sonnenshein said that the debate has now spread beyond the “investment community” to draw in politicians. “In the last week, we’ve actually seen bipartisan support for a Bitcoin spot ETF from Emmer and Soto,” he said, referring to the bipartisan letter sent by Rep. Tom Emmer (R) and Rep. Darren Soto (D) to SEC chairman Gary Gensler.
In the letter, Emmer and Soto questioned why the SEC was prepared to approve a Bitcoin futures ETF, “you are not equally or more comfortable allowing trading to commence in ETFs based on spot Bitcoin,” given that the Bitcoin futures ETF ultimately tracks the price of the same asset. In the past, the SEC has repeatedly denied applications for an ETF tied 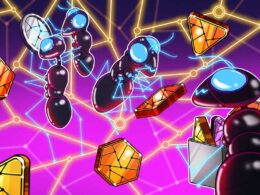 AMBCryptoNervos now connected to Ethereum, but here’s what’s next

As the crypto-industry continues to expand rapidly, interoperability has emerged as an important aspect for any new or…
przezNamrata Shukla 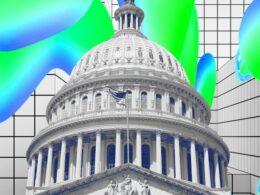 No fireworks at House’s Bitcoin mining hearing, but pending climate bills could home in on crypto