At first, the infrastructure bill proposed by members of the U.S House of Reps,  was initially aimed at improving the internet coverage and national transport network. However, the bill also mandated very strict reporting requirements for the crypto community, requiring that all digital asset transactions worth above $10,000 must be reported to the IRS.
As Coingape reported, the bill was first approved by the Senate on Aug. 10 with a 69-30 vote, albeit was met with a proposal to compromise amendment by a group of six senators — Pat Toomey, Cynthia Lummis, Ron Wyden, Rob Portman, Kyrsten Sinema, and Mark Warner.
According to Toomey,  the legislation is badly flawed, and even unrealistic i

Bitcoin and Ethereum reversed their gains slightly over the last 24 hours. The same pattern was reflected for…
przezAnushmita Samal 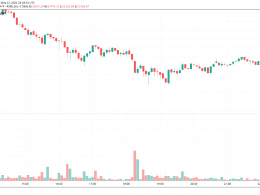 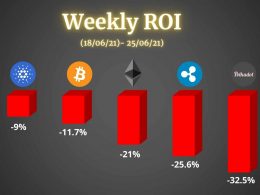 This week was a complete rollercoaster in the cryptocurrency market. Unfortunately, things failed to turn out for the…
przezYaz Sheikh