Dogecoin price is trading at $0.2629 with a bearish bias, within the confines of a symmetrical triangle. DOGE may make a big move to the upside as the price volatility decreases. The measured target of the symmetrical triangle suggests that Dogecoin may make a 29% upswing to $0.34.
DOGE is trading in the red around $0.2628 after tanking to areas below the 100 four-hour Simple Moving Average (SMA) on Friday  November 05. Dogecoin price had been consolidating between the $0.24 and the $0.28 psychological levels between October 05 and October 25. The market-wide correction that took place on October 26 saw DOGE slip to lows of around $0.21 before recovering to consolidate above $0.235.
What followed was a result of the ‘battle of the meme coin’s’ that saw the ‘DOGE Army’ react to the fact that SHIB had toppled Dogecoin from its position as the 8th largest cryptocurrency by market value. This saw DOGE rally as much as 50% to brush shoulders with $0.355.
Dogecoin Price Chart Patt 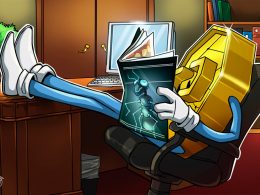 Time magazine to auction 3 NFT covers based on iconic ‘Is God Dead?’ design

The TIME NFTs will be auctioned individually and as a collection on SuperRare through March 24. Time magazine…
przezSam Bourgi 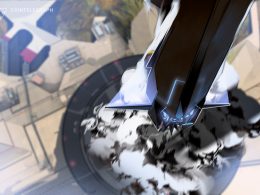 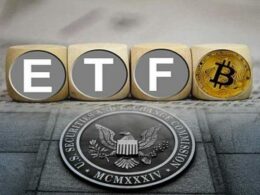 SEC Will Rather Pass an Ethereum (ETH) Futures ETF Than a Spot Bitcoin (BTC) One, Here’s Why

Despite missed prediction, ‘Plan B’ sticks to Bitcoin target of $100,000

If the accuracy of the crypto market movement predictions are something you have ever wanted, then the infamous…
przezOluwapelumi Adejumo