The Indian Government is planning on implementing a law which would control cryptocurrency as commodity. The Indian government could try as early as February to create a legal framework for crypto-based digital currencies as “assets”.According to a report in the Indian edition of Business Today on Tuesday, officials at the country’s Ministry of Finance said a potential regulatory framework would treat cryptocurrencies more closely to commodities than currencies. If this law is implemented, it would be a different approach than the total ban on digital assets in the country, which some Indian lawmakers are reportedly considering.The officials added that any cryptocurrency laws in the country will likely be enforced by the time the government announces the Union of India budget on February 1, which will take effect before the next fiscal year. They added that they are working with the Reserve Bank of India or RBI to work out the details of each cryptocurrency legal framework.Labeling cry 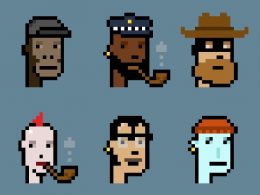 According to the game’s developers, it’s the most sum ever spent on virtual real estate A worthwhile land…
przezDivya Khurana

US and Singapore companies collaborating on a project