The topics of digital assets, nonfungible tokens, and the metaverse were on full display — even in panels unrelated to the crypto industry.
Cointelegraph team members and leadership joined major media companies and tech figures this week at the three-day Web Summit 2021 in Lisbon.The issues surrounding social media giant Facebook were the focus for many at the largest tech conference in the world. The company has been the subject of intense media scrutiny following the release of internal documents by whistleblower Frances Haugen, in addition to its decision to enter the metaverse with its rebrand to Meta.Facebook investor Roger McNamee said he believed executives at the social media firm should face criminal charges due to their alleged role in pushing divisive and misleading content on the platform. Haugen echoed this point in her own speech, saying the company had been “putting lives in jeopardy” in cases such as po

AMBCryptoIndia: both Income tax and GST may apply to crypto

The Indian government is likely to levy both direct and indirect taxes on crypto assets, as per a…
przezShraddha Sharma

SEC commissioner Hester Peirce confirms the high demand for approval of a Bitcoin Exchange Product on the U.S.…
przezReynaldo 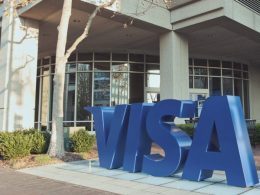 Visa announced Monday that it now settles payments in the USDC stablecoin on the Ethereum blockchain. The development…
przezYogita Khatri

Historically, the Chinese Lunar New Year or Spring Festival has influenced the Bitcoin market. Most often, the asset’s…
przezAlisha Roy