Despite dipping below $61,000 once more, bitcoin has bounced off and has calmed around $62,000. While its consolidation continues, Binance Coin has gone on a tear and has neared $600 for the first time since mid-May.
Bitcoin Sits Still at $62K
The primary cryptocurrency reached a two-week high of roughly $64,500 on November 2nd but failed to continue upwards towards its peak of $67,000. Just the opposite, the bears stepped up and pushed it south.
In the following days, BTC dipped to $62,000. However, the situation worsened following inflation news from the United States, and bitcoin suddenly dumped to $60,000. Its recovery was just as sharp, though.
In the past 24 hours, the bears drove it down once more, and the cryptocurrency fell below $61,000. As of now, though, it has recovered over $1,000 of value and stands around a familiar price level – $62,000.
Bitcoin’s market capitalization is still above $1.150 trillion, while the dominance over the altcoins is below 43%.
BTCUSD. Sourc

The state of the broader crypto-market hasn’t been winsome lately. The diminishing returns offered by top coins including…
przezLavina Daryanani 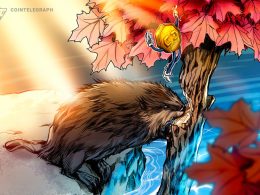 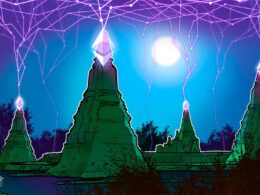 Is Ethereum the blockchain of choice for financial institutions in Southeast Asia, or will companies seek alternatives due…
przezRachel Wolfson 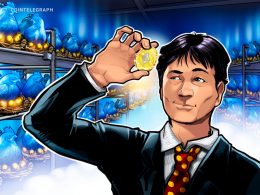 The good news for ETH hodlers about insane gas fees

Galloping gas fees are hurting the average user but Grayscale, and Ethereum advocates, can see the bright side.…
przezMartin Young