Argo Blockchain, the London-listed crypto miner, estimates that the cost of building and kitting out its proposed 800-megawatt mining facility in Texas could be $1.5-2 billion.
The company has been forced to disclose the estimate alongside several other key nuggets of inside information that were discussed in a meeting and subsequently posted on Twitter.
In a regulatory filing this morning, Argo stated that its representatives had met with equity portfolio manager Anthony Coyle on November 4. At the meeting, Argo’s employees “inadvertently disclosed certain information that could be viewed as material non-public information under U.S. securities laws or inside information under U.K. securities laws,” according to the filing. Coyle then published that information on Twitter — a post that has since been deleted.
Argo is listed on the London Stock Exchange in the United Kingdom and on the Nasdaq Global Market in the United States. Its current market capitalization is £573 mill

JPMorgan: Backwardation Points to a Bear Market for Bitcoin 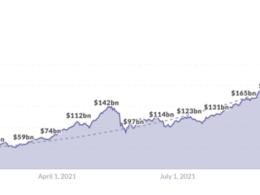 Footprint Analytics: How to invest in DeFi 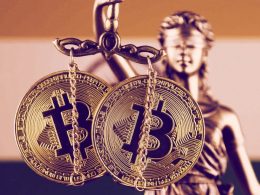 India’s government is looking to convene a panel of experts to consider crypto regulation in the country, according…
przezStephen Graves