Polkadot’s Gavin Wood has announced a more than $770 million development fund just weeks before the network’s parachain auctions are set to go live.
Polkadot (DOT) founder Gavin Wood has unveiled a $777 million development fund ahead of the network’s parachain lease auctions. Wood tweeted on Oct. 17 that Polkadot’s treasury has allocated more than 18.9 million DOT (worth roughly $777 million at the time of writing) to a development fund that will be disbursed through community governance. Wood gave broad suggestions as to how the funds might be spent, stating the capital will be mobilized to realize the community’s vision for “building, improving, educating” Polkadot’s ecosystem, in addition to “anything else that the Polkadot governance believes valuable.According to Polkadot’s Wiki, the treasury funds can be spent if approved by the council, which votes on proposals put forward to them. The Polkadot cou

Black Friday is here again! It is one of the biggest and most anticipated periods for shoppers in…
przezMandy Williams 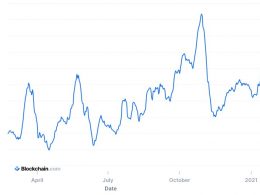 Why we still need a sound cryptocurrency monetary unit

A month after the Bitcoin law went into effect in the central American nation of El Salvador, interest…
przezMandy Williams

AMBCryptoBinance Coin: How traders can short this setup and make profits

Considering weak on-chain activity and little progress on the development front, it is safe to assume to that…
przezSaif Naqvi