New York Attorney General Letitia James announced on October 18 that she had ordered the shutdown of an unidentified group of cryptocurrency lending platforms operating in the state.
As per an official press release, the companies would be acting in contravention of the stipulations of General Business Law § 352 et seq —better known as the “Martin Act.”
Ms. James argues that cryptocurrency lending platforms are “interest-bearing accounts” and therefore must register with the Office of the Attorney General (OAG) in order to operate in New York.
Cryptocurrency Exchanges Are Not Above the Law
The Office of the New York Attorney did not specify the affected companies; however, the press release reveals that the Attorney General issued five notifications to a number of platforms operating in New York. To some, it was a cease and desist order. To others, she asked for information before taking further action.
“Cryptocurrency platforms must follow the law, just like everyone else 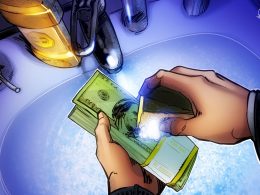 Just a few weeks after IOTA introduced Mana in its testnet platform, the blockchain project has enhanced its…
przezJordan Lyanchev 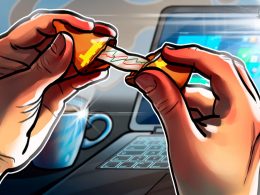 The analyst also treats the latest crypto ban in China as bullish for Bitcoin and the U.S. dollar.…
przezYashu Gola