Crypto Frauds in The UK Resulted in $200 Million Stolen in 2021: Report

The number of cryptocurrency-related crimes in the United Kingdom has significantly surged in the first nine months of 2021 comparing to last year, reads a recent report. The local police warned that bad actors often use a fake celebrity endorsement to lure people in.
Youngsters Are The Most in Danger
According to a recent Bloomberg coverage, there have been 7,118 reports of schemes related to digital assets in the UK between January and October this year. Victims parted out with nearly $200 million for that period, which is 30% more than the whole of 2020.
The authorities pointed out that over 50% of the duped people were between 18 and 45 years old. Investing in bitcoin and the altcoins is highly popular among the youngest locals as nearly half of those under 30 years old choose the crypto market as their first investment option. As such, it’s somewhat expected that they have become a target for fraudsters.
The City of London Police also informed that the most common tactic of the

While a concrete date for Chrysalis phase 2 is still pending, it became known that the IOTA Foundation…
przezJake Simmons 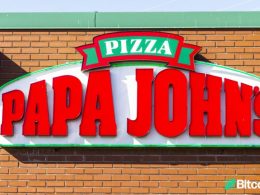 Papa John’s Pizza is giving away bitcoin with pizza purchases in the U.K. Customers who spend at least…
przezKevin Helms 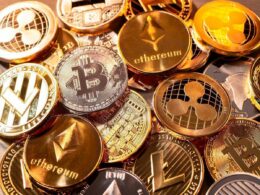 Since the commencement of the Q4, crypto has experienced exceptional bulls, globally. Especially, given China’s active approach towards…
przezPalak Malhotra