A Californian court required Kraken to provide information on users who executed crypto deals for the equivalent of $20,000 or more between 2016 and 2020 to the IRS. The order comes amid growing concerns of strict cryptocurrency regulations coming for the United States.
‘John Doe Summons’ for Kraken
A federal court in the northern part of California gave the IRS permission to obtain information about crypto transactions completed by Kraken’s users. Following the so-called ‘John Doe summons’ operation, one of the leading crypto exchanges had to provide data about its customers who made the equivalent of $20,000 or more in one year for the period between 2016 and 2020.
IRS Commissioner Chuck Rettig explained the agency’s move saying that the US authorities aim to investigate a ”ascertainable group or class of verifiable persons” who have failed to comply with tax returns and internal tax laws:
”This summons from John Doe is part of our effort to uncover those who are tr

BRT is an all-new coin and the first crypto U.K pound introduced by Britto Financial Services, a British…
przezJibin George

Bitcoin has had a roller coaster ride throughout this month. It started off October on a high note,…
przezLavina Daryanani 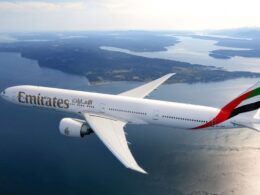 Emirates Flies Into the Metaverse With Airline NFTs

The United Arab Emirates national carrier has announced that it will be launching collectible and utility-based NFTs, with…
przezMartin Young 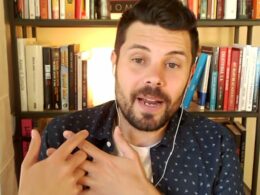 Codugh’s API marketplace on BSV opens to everyone

BSV’s capacity for large volumes of micro- and nano-transactions, along with its fees of one cent or less…
przezJon Southurst