The Central Bank of Iran (CBI) has prohibited the trading of Bitcoin and other cryptocurrencies mined outside the country, according to a report from news outlet Iran International.
At first glance, the move is a formality, as Iran had already effectively banned open trading of cryptocurrency. However, it may signal the intent of Iranian regulators to counter the removal of capital from the country.
Bitcoin Miners in Iran Have a New Buyer: the Central Bank
Oil and natural gas deposits make Bitcoin mining in energy-abundant Iran relatively cheap and lucrative. Since legalizing cryptocurrency mining (but not trading) in 2019, Iran has looked to regulate the industry to its advantage.
Last October, as Iran looked to avert crippling US sanctions initiated during the Trump administration, the Central Bank mandated that registered Bitcion miners within Iran sell the mined tokens to CBI. The move gave the country an alternative way of paying for imports that bypassed foreign currency restrict 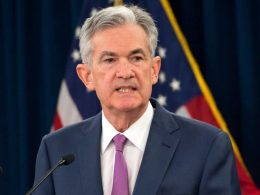 The Chinese CBDC Would Not Work in the US, Said Fed Chair Jerome Powell 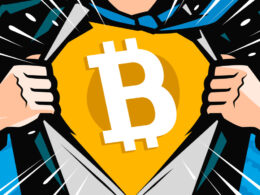 ‘Save Your Skin’ From Inflation With BTC, The Great Monetary Shift, and SHIB Burns — Bitcoin.com News Week in Review

Another spicy week of crypto news heads into the weekend, with Mexico’s third-richest billionaire advising “save your skin”…
przezBitcoin.com 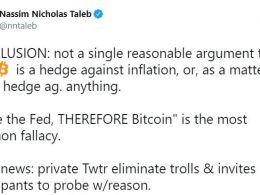 ‘Bitcoin is not a hedge against anything,’ concludes ‘Black Swan’ author Nassim Taleb

Bitcoin (BTC) is not “a hedge against anything,” concluded “Black Swan” author and risk analyst Nassim Nicholas Taleb…
przezLiam Frost

U.S. authorities arrested Virgil Griffith in November 2019 after he returned from attending a blockchain conference in North…
przezSteve Kaaru