The Federal Bureau of Investigation (FBI) is putting up warning signs on bitcoin ATMs in Cuyahoga County of the U.S. state of Ohio to warn residents not to fall for scams asking victims to send money to scammers via bitcoin ATMs.
FBI Putting Warning Signs on Bitcoin ATMs
The Cuyahoga County Scam Squad in Cleveland and the FBI are collaborating to alert the public about scams involving bitcoin, News 5 Cleveland reported this week. Old scams ranging from grandparent’s scam, explained Sheryl Harris, Director of the Cuyahoga County Department of Consumer Affairs.
FBI Special Agent Vicki Anderson warned that once the victims sent bitcoin, “it’s almost impossible to get it back so the best we can do is prevention and that’s why we’re trying to get the word out.”
The news outlet described that “Signs will soon be put up on bitcoin ATMs across the county,” noting that “The signs are intended to make people think twice before going through with a transaction because they could 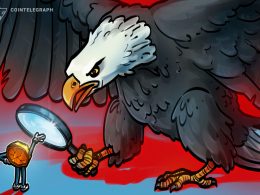 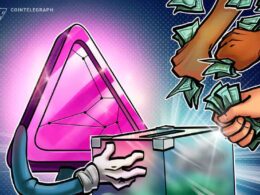 DAO Maker, whose token sale launchpad has incubated a wave of heavily oversubscribed IDOs, is bringing its model…
przezGeorge Georgiev