Crypto Market Cap Added $300B in 7 Days as Altcoins Explode: The Weekly Recap

The past seven days were particularly favorable for altcoins. This is mainly because bitcoin fails to produce any major gains in comparison, which has seen its total market dominance drop down to 44% – a level last seen back in 2018.
It’s worth noting that the primary cryptocurrency is up more than 6% on the weekly, which is in no way inconsiderable. Last weekend we saw an attempt for a breakout, but bears stepped in and prevented it. The same thing happened on Monday when BTC touched $59K only to go ahead and lose upwards of $5,000 of its dollar value on Wednesday.
Since then, bitcoin’s price has recovered and is currently standing at around $57,000. This indecisiveness, however, allowed altcoins to throw a party. Ethereum is up by 27%, XRP is up by about 17%, Cardano – by 30%, Litecoin – by 40%, and so forth.
The biggest sensation of the week, however, was Dogecoin. DOGE, the meme-inspired cryptocurrency that started out as a joke, is up a whopping 100% and set an all-time

XRP sustained its northbound move on the charts and traded close to the $0.444 resistance at press time.…
przezSaif Naqvi 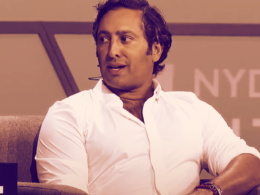 Coinbase Exec: Institutions Want Crypto—And ‘It’s Not All About Bitcoin’

EOS and Dash registered a bearish divergence, with both cryptos noting a minor dip on the charts while…
przezAkashnath Sumukar 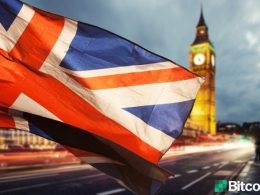