Bitcoin (BTC) hasn’t participated much in the recent market as it has been an altcoin-driven rally off lately led by Ethereum (ETH) and Dogecoin (DOGE). The BTC price has been consolidating for a long time around $55,000 and holding its market cap just above $1 trillion.
However, if we look at the steep increase in the Bitcoin (BTC) realized cap, the picture is very much clear suggesting that the Bitcoin bull run will continue here onwards. While the market cap considers total BTCs that have been minted, the realized cap takes a more nuanced approach.
The realized cap eliminates the impact of lost or dormant coins that haven’t been moved for long. As opposed to the current Bitcoin value, it measures each unspent transaction output (UTXO) based on the value moved last.
Glassnode CTO and co-founder Rafael Schultze-Kraft show that there has been an unprecedented capital inflow into Bitcoin (BTC) based on its realized cap. Over the last 6 months, the realized cap has jumped a massive 2

Blockchain Australia CEO Steve Vallas believes the country is “well placed” when it comes to blockchain, but a…
przezSebastian Sinclair

OKEx has announced that unrestricted withdrawals on the OKEx exchange will resume on November 27. OKEx suspended withdrawals…
przezPatrick Thompson 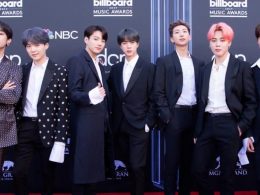 K-Pop Fans Are The Target Of a New Global, Well-Designed Crypto Scam

A new cryptocurrency scam involving some heavy social intelligence and media manipulation is brewing on Twitter, and the…
przezFelix Mollen